You may wonder how to cope with perfectionism because it’s impacting on your life. Alternatively you might be quite proud of being a ‘perfectionist’. Umh! Is perfectionism then a good thing, or is it a bad thing? There are some benefits of being a perfectionist, you certainly get things done, and people might look up to you. They might see you as their role model, somebody they can aspire to be – you get respect! The flip side of that, of course, is the negative outcome. By setting your goal as perfection you’re setting yourself up to fail. It means that you will be disappointed in yourself, your mood might go down, and you’ll see yourself as a failure. In this post I explain why people become perfectionists – I may actually be talking about you! If so, I’ll tell you what you can do to cope with perfectionism.

What is the reason that you, or  somebody you  know, is a perfectionist? It’s because you hold a negative belief about being defective in some way. It might be, “I’m not good enough”, it might even be as strong as, “I’m a failure”. Another possibility is, “I’m a fraud”, the so-called, imposter syndrome.  So many of the people I have met over the years, are fearful that others will see them as not being up to the mark, not as good as they are trying to portray. In reality, the fearful person has many talents that they deny but others can clearly see the positive attributes.

This negative self-belief comes about through experiences you have had in life. These can be acts of commission, things done to you. It could also be due acts of omission, things not done that should have been done. With acts of commission, an example is criticism from a significant other, or others, through life. Another may be regular put downs by a parent or a teacher, or being picked on at school and teased. It could also be forms of abuse: emotional abuse, physical abuse, and/or sexual abuse. Once these experiences occur, they can become stored in the brain, locked in. They create your self-perception and they colour how we see yourself in later situations. This affects your attitude to the situation and then, of course, your behaviour. Over-striving as a behaviour is detrimental, but it’s your way currently of trying to cope with perfectionism!

If it’s you with with this negative self belief, perhaps you procrastinate. You put off doing things that perhaps you should be doing. This is due to a fear of failure, or even, a fear of success. I’ve produced another post in this series on the topic of Procrastination, please have a look at it too.

When your negative belief is triggered, it colours how you see yourself. Your  head might go down and you expect you are going to fail – you walk away and leave the challenge unaddressed, thus reinforcing failure! When perfectionism comes into play, instead of walking away, you go in the opposite direction to what that belief system would suggest. This is what Sigmund Freud called ‘Reaction Formation’. So, instead of putting your head down and walking away, you strive to achieve. In itself, this is wonderful, it’s great! Unfortunately, instead of setting the standard high, you’re setting it too high, it’s somewhere over the rainbow, like the Irish leprechaun’s crock of gold! 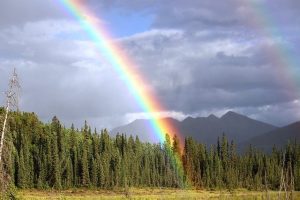 Image by brigachtal from Pixabay

By you setting your goal as perfection, it will be rarely, if ever, achieved. By striving for perfection, you’re setting yourself up to fail. Even though you surpass a high standard in the pursuit of perfection, in your own mind, you haven’t got there. You have failed, you’ve fallen short of the mark.

What can you do to cope with perfectionism?

To cope with perfectionism, you could set goals. If you do this, it’s great! I’ve produced another post in in the series about goal setting. That post will guide you in what to do. You can set big goals, there’s nothing wrong with that – dream big!  I would encourage you to aim high. Set yourself large goals, but goals that are realistic and you can achieve them in time. This could be a year or two years down the road. 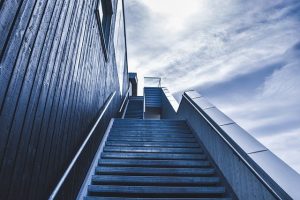 Accept you are not perfect

Accept help from others

When you consider accepting help from others, you might be thinking, “They won’t do as good a job!” Possibly not, but the thing to remember is, you shouldn’t expect perfection from them. Yes, expect a high standard, and so long as the job they are producing is a high enough standard, then it is acceptable. This means you can then achieve your desired big goals that you can’t reach on your own. You do need to rely on others, don’t be afraid of delegating. By you supporting your team you will be able to teach them, and they will respect you because you trust them.

By engaging in psychological therapy, it doesn’t mean you are any less a person. It makes sense to consider it, after all, what you have been doing to date hasn’t worked!  The negative belief you hold is a symptom of the underlying cause. Cognitive Behaviour Therapy would be good for weakening your negative belief. Alternatively, Eye Movement Desensitization and Reprocessing (EMDR) Therapy would help you reprocess and resolve the life experiences which led to your negative belief. It’s like cutting off the fuel for the fire. There is more information about EMDR Therapy at www.emdr.com. There is a short video which also worth watching.

I hope this post has been helpful and pointed you in the right direction. If you would like to watch a video of me speaking about Perfectionism, please view it on YouTube.

I’m keen to help you develop want to you to achieve what you are truly capable of. I’ll see you up there!

← How to do things right in your life
Speaking → Contact Michael →